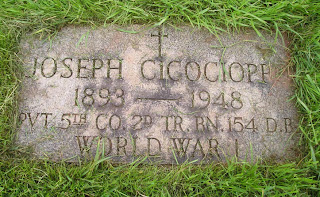 I've put a bit of this story on Facebook the last week, so if you've already read some, I apologize. But here's more of the story.

My mom's father was named Guiseppe Ciccocioppo. A mouthful, right? He immigrated here from Abruzzi, Italy in 1912. In five short years, he was a private in the U.S. Army and his messmates were calling him Joe Chicco.

After his training, he was on a train slowly traveling through the south, at one point through a watermelon patch. Joe jumped off the train, grabbed a watermelon under each arm and let his buddies pull him back aboard. The incident earned him the name Watermelon Joe.

The army must have been impressed with his food procurement skills, because they made him a cook in the 154th Depot Brigade of the 2nd Training Battalion. Joe was sent to a new base built as a training facility, Fort Meade. No one ever remembers the regular soldiers who do the work at boot camps. In this case, the new recruits who went through Ft. Meade in 1917 ended up in the trenches of France. One of them, at least, remembered Joe Chicco afterward. His name was James Ronca.

After the war, James Ronca was at home when his younger sister brought home a prospective beau. James took one look at him and exclaimed, "That's Watermelon Joe!" Which apparently made the approval process go smoothly.

But the point of this blog is that Joe only became a citizen of the United States after the war, when he legally changed his name to Chicco and married Jenny Ronca. During his time as a soldier, he was still an immigrant.

Twenty plus years later, during World War II, Joe's two sons and most of his nephews were in the armed forces. One of his nieces, too, as an Army nurse. Joe walked the five blocks to the train station every day that he could, to welcome any military personnel coming home on leave. If they were from his neighborhood, he'd walk them home, carrying their duffels for them.

When Joe died in 1948, the VA provided a footstone for him with a flag holder attached to the side. For more than 60 years, that stone stood 4 inches above ground and every Memorial Day a flag was placed in the holder. This year, the cemetery decided to sink all footstones to ground level, so they could get riding mowers over them. They buried Joe's flag holder.

I contacted the VA to get a new one. They asked if I had Joe's discharge papers and death certificate. I didn't, but I took a photo of the footstone, and that was accepted as proof of his service and death. So today, I'll put the new WWI flag holder and flag on my grandpop's grave.

Occasionally, PBS reads off the names of soldiers killed in Iraq and Afghanistan. A lot of those names are Latino. They are perhaps recent immigrants, or at least, the sons and daughters of immigrants. Their families deserve better than random traffic stops asking them to show proof of citizenship and other harassments.

American immigrants quite often do the work no one else wants to do, including fighting our wars. We need to remember that.

Happy Memorial Day,
Elena
Posted by ELENA SANTANGELO at 7:57 AM

Now in Paperback, Kindle and Nook 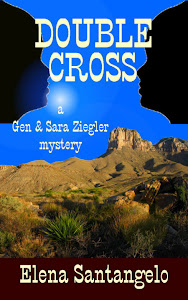 3rd in the Twins Mystery Series

2nd in the Twins Mystery Series 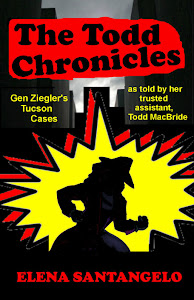 In Paperback, Kindle and Nook!

1st in the Twins Mystery Series 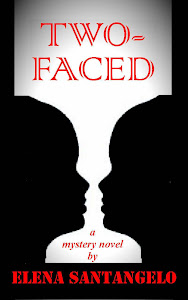 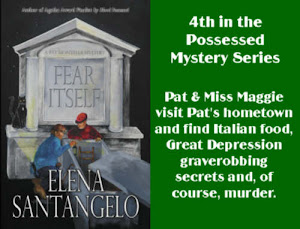 Now available for Kindle and Nook. 10% of royalties go to charity 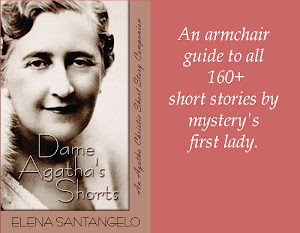 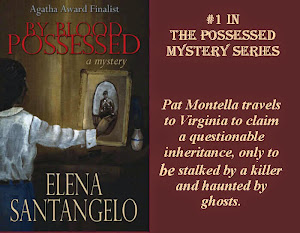 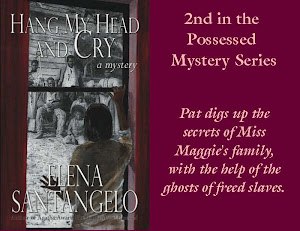 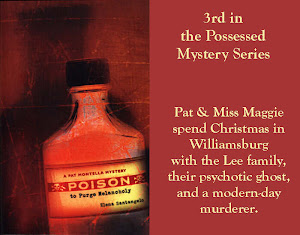